The following commercial in the Messin’ with Sasquatch series for Jack Link’s Beef Jerky shows a dumb college jock trying to impress his girlfriend by towel whipping a Sasquatch. In the commercial the unlucky hunk pays for his stupidity by the humiliation of having his pants ripped 0ff in front of his friends and being thrown, bare butt naked, into the lake:

This leaves the question, which no doubt many fans of Sore bottomed Guys must have asked, what happened next?
After all their could be floating logs in the lake, which might make for a painful landing!! 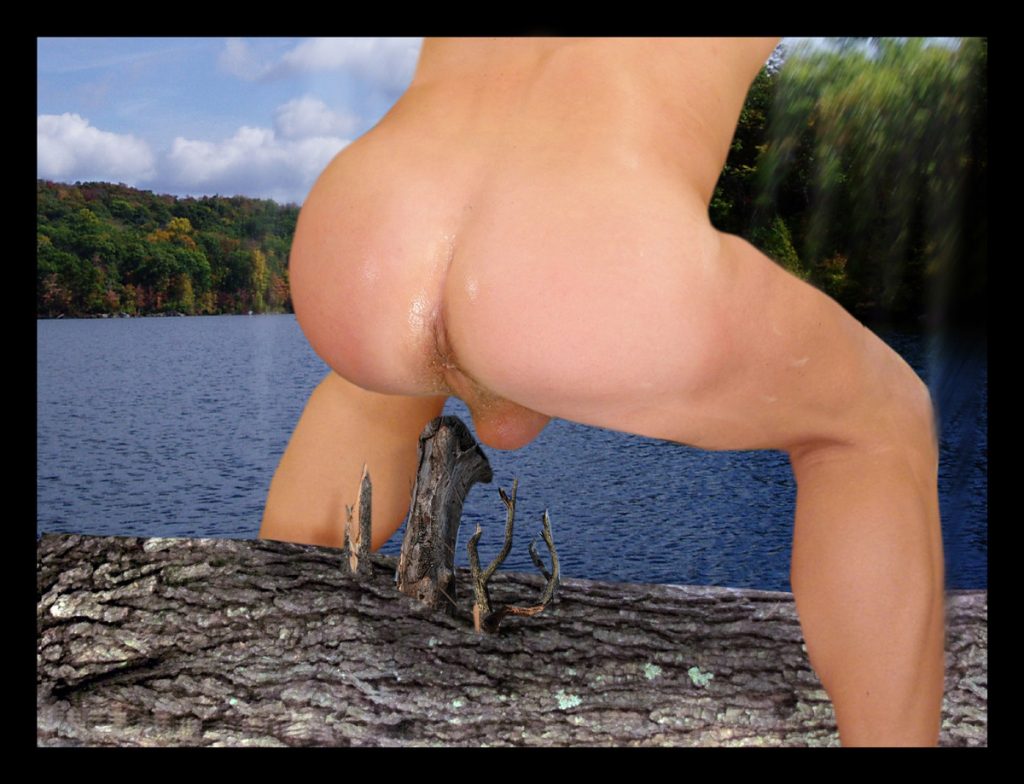 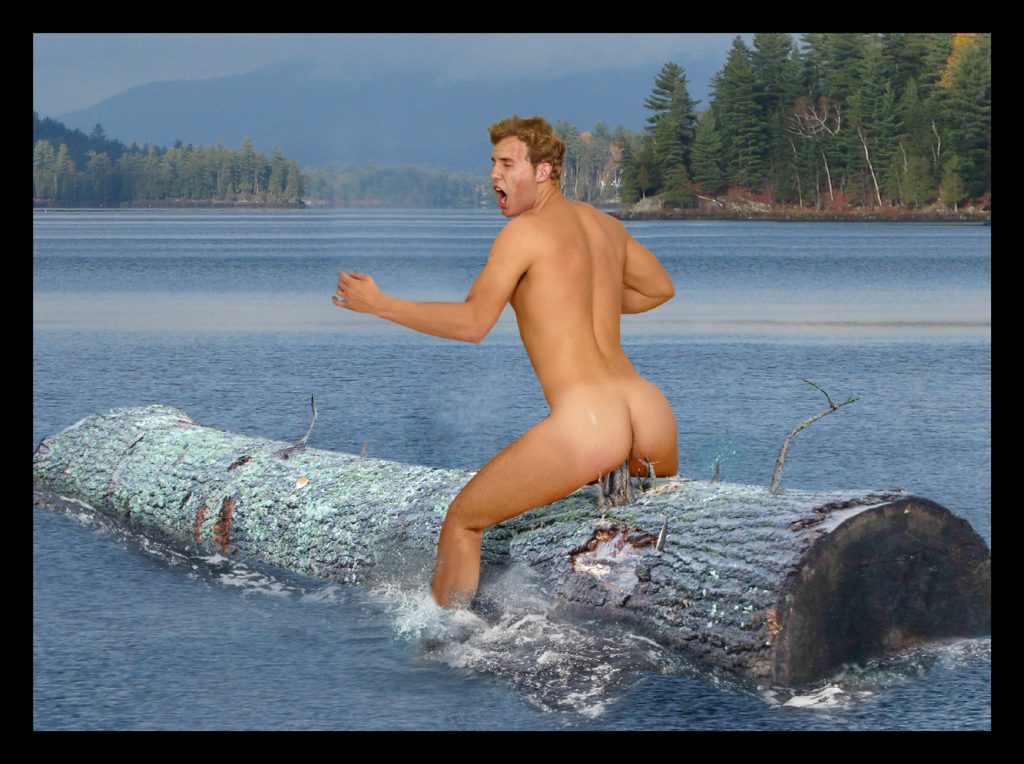 Also, the Sasquatch is clearly still angry and might decide that just losing his shorts and being dunked in the lake is insufficient punishment for the arrogant young Jock’s impudence.

One appropriate punishment would be for the dumb hunk to get his bare butt soundly spanked, while wedged in the fork of a tree, so he can’t escape, as shown in the picture below: 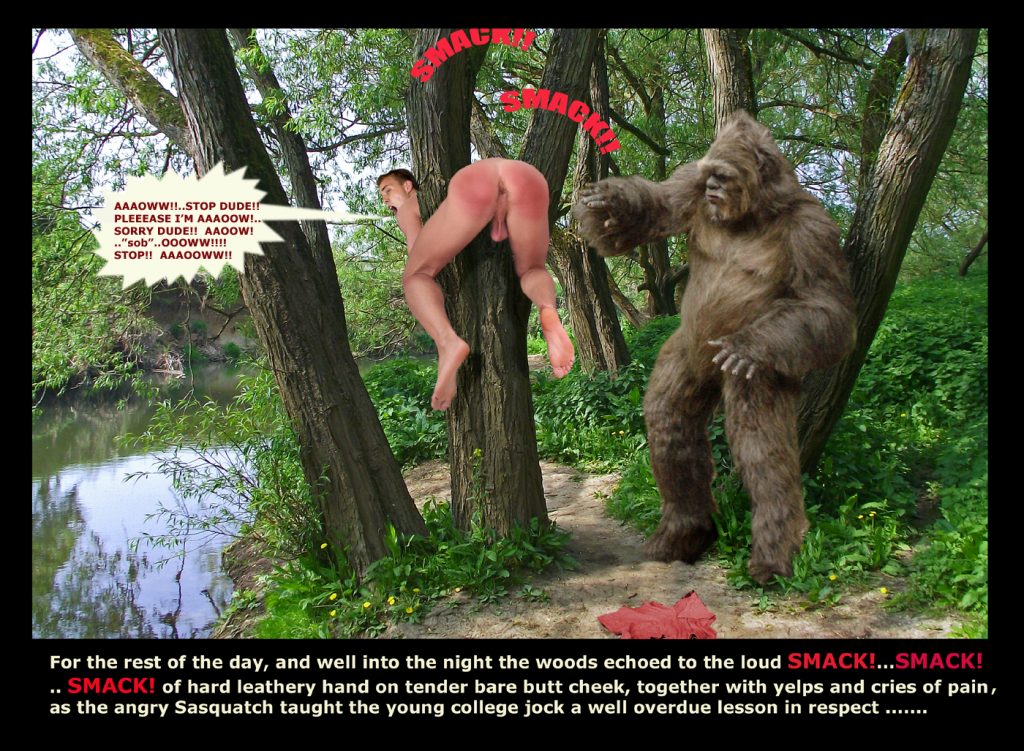 Or can anyone else suggest better ending?

16 Replies to “Messin’ with Sasquatch : Towel Whip – What happened next?”