Chase Colby needed money, and he needed it quickly, not only was he well behind with his rent, and the finance company were now threatening to repossess his car, but, on top of all this his new chick Lulabelle Handcock,was really high maintenance. He had borrowed money from a loan shark, and he was running out of things to sell and buddies prepared to lend him cash, so he could pay the interest.

He was running out of options other than criminal ones, which until now he had avoided. He had no moral objection to robbery, but he was already on probation and getting caught could have unpleasant consequences.

However, being young, foolhardy, and not very bright, Chase soon convinced himself that he wouldn’t get caught. All he needed to do was hold up a couple of guys and steal a couple of wallets, and he’d be back on top.

Getting down on his knees, he reached under the bed, and retrieved a brown paper wrapped object which was taped to the bed frame. He had kept the unlicensed revolver there in case he got back into trouble with the mob, but it would now come in useful for what he had planned.

Thus it was, that, later that night Chase was lurking in a dark alleyway behind in if the town’s more swanky restaurants, in the hope of mugging a couple of well to do diners, who would likely have a well stuffed bill fold and hopefully a wife with expensive jewellery.

After an hour it began to dawn on Chase that there was a flaw in his plan and that very few rich restaurant patrons would chose to depart via the back door where they could be more easily robbed.

He was about to give up and head home, when the kitchen door opened and a young waiter, who was hoping to grab a quick smoke in his break, came out. A waiter would not provide the rich pickings Chase had been hoping for, but he would take what he could get, and who knows, the waiter might have done well for tips which Chase could relieve him of, and Italian waiters often tended to wear gold chains, crucifixes, rings and watches, which might be worth a few dollars. It would be a more meagre hall than Chase had been hoping for, but it was better than going home empty handed. 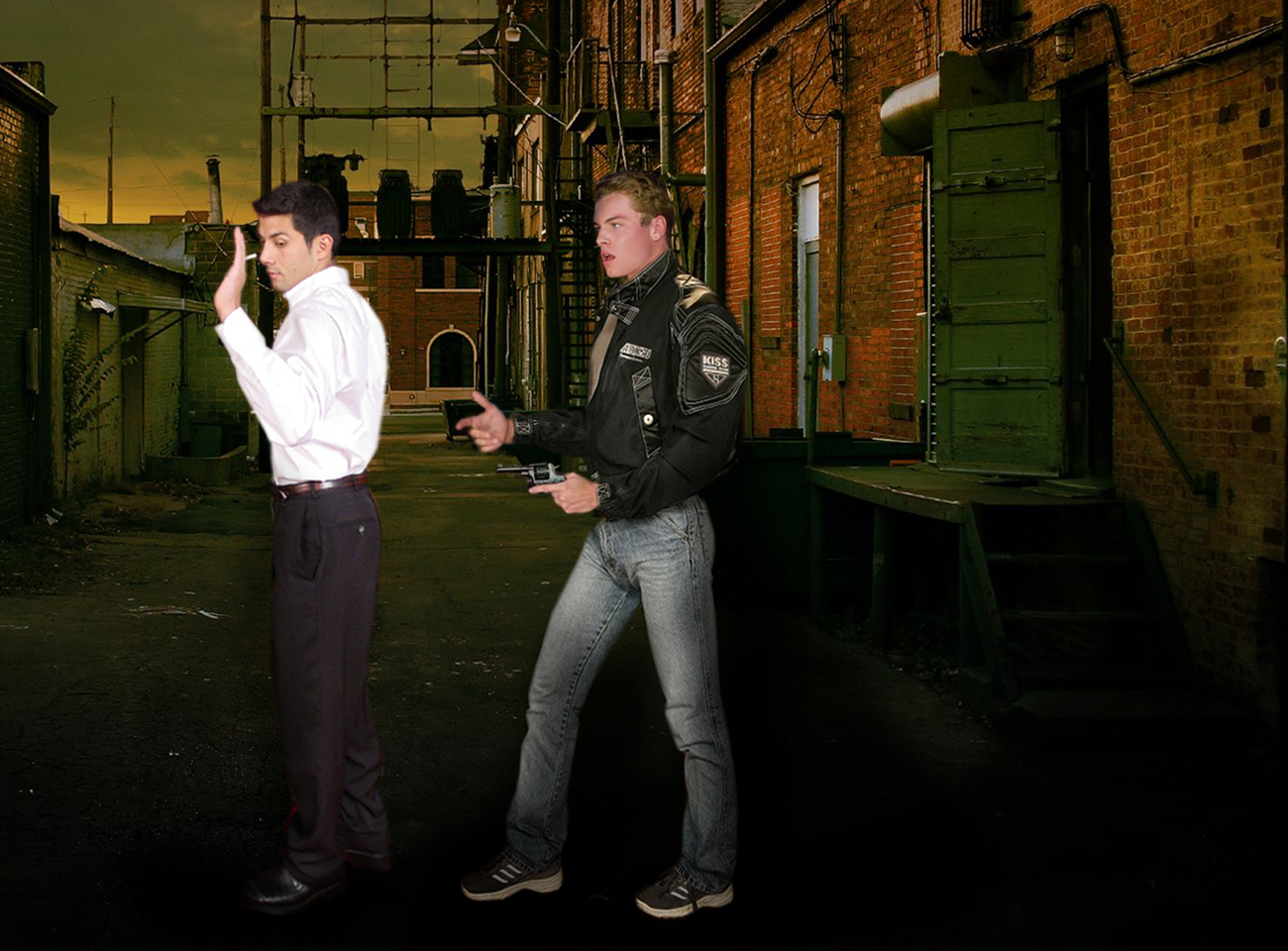 He stepped out of the shadows and pressed the gun into the young waiter’s back “Hand up Buddy!” he whispered, attempting to sound menacing.

He was about to demand That the unfortunate waiter hand over his tips plus any jewellery, when he suddenly felt a firm hand on his shoulder and a voice boomed out from the shadows “BAD BOY! It looks like you have just breached your parole Young’un!!” 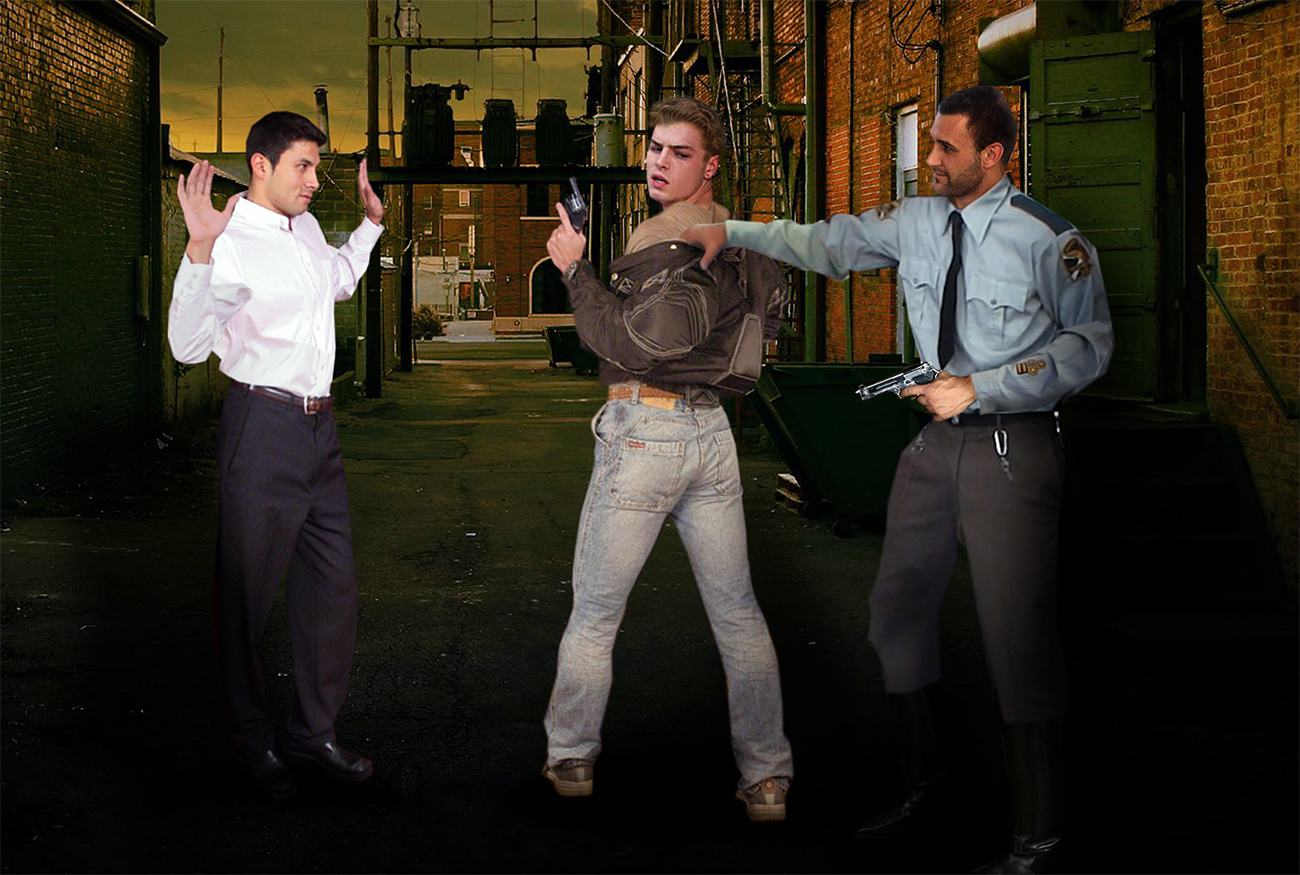 Chase looked back in horror and saw a grinning police officer pointing a gun straight at him.