Skip to content
The
JockPunishers 2: Dino gets the point(s)
Dino
was the College drug pusher. If asked, he would claim he was only
selling harmless “legal highs” but, his nasty habit of mixing the
narcotics he sold with cheap substances, to enable him to sell more,
was very dangerous. This practice had recently had near fatal
consequences on two College Sofomores, who has become very ill after
taking some of Dino’s little blue pills.
It
was not long before the JockPunishers decided it was time that Dino
experienced some of his own medicine, and perhaps they meant that
literally. At least, that is what they would want Dino to think. 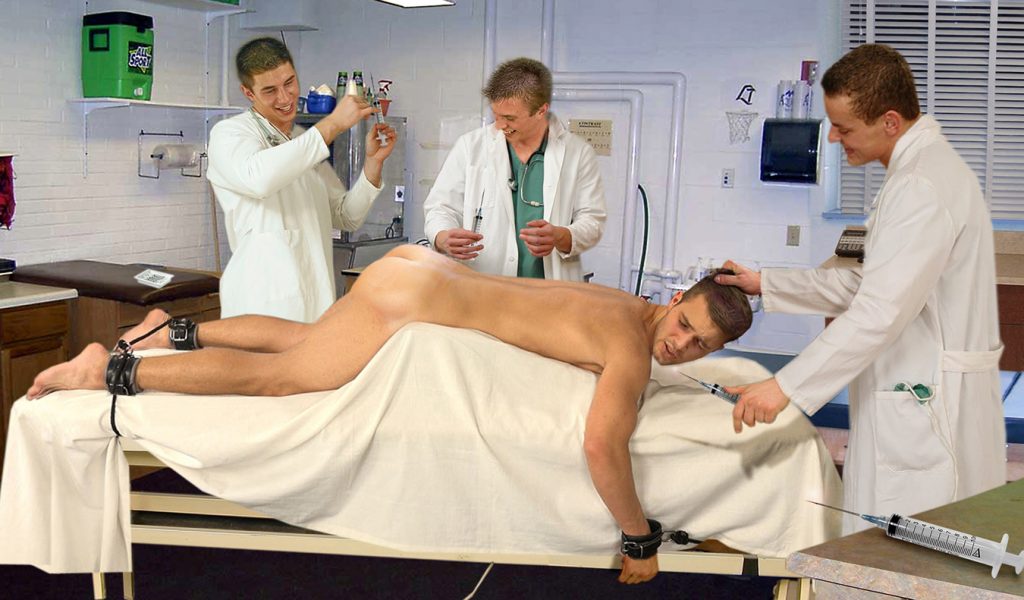 A
careful, martial arts style blow to the back of the head rendered
Dino unconscious, and he woke up in the college infirmary tired to an
examination table, with his bare bottom raised.
The
JockPunishers told Dino that they intended to test his, so called,
“legal highs” out on him, to see quite how harmless they really
were, and they would use a special supply of extra large medical
syringes to do just that!
Of
course, in reality, they would only give him doses of mild vitamin
solutions, but the terrified Dino did not know that.
Click
on the “read more” tab below to continue:
WARNING:
his story features pictures of injections
The
JockPunishers jabbed their huge syringes into Dino’s raised backside
as he yelled out in pain and genuine fear. Not knowing that he was
only receiving vitamin shots, but very aware of what he had mixed
with his drugs, he was terrified of what he thought was being
injected into him.
He
had also always been terrified of needles, and the JockPunishers had
chosen the scariest types on needles they could find, which would
just hurt just as much as Dino feared they would. 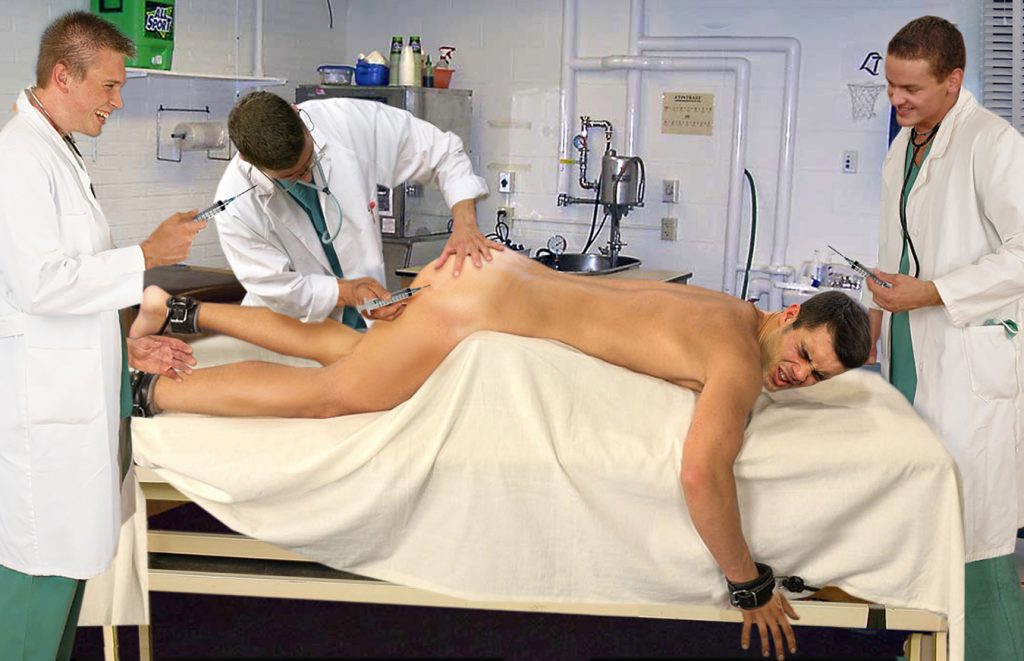 However,
when he protested, the JockPunishers laughed at him “But you claim
they are ‘harmless’!” cried Adam Murphy, the first of the three
JockPunishers “so what are you afraid of?” he jabbed his needle
into Dino’s butt making him yell out in pain. 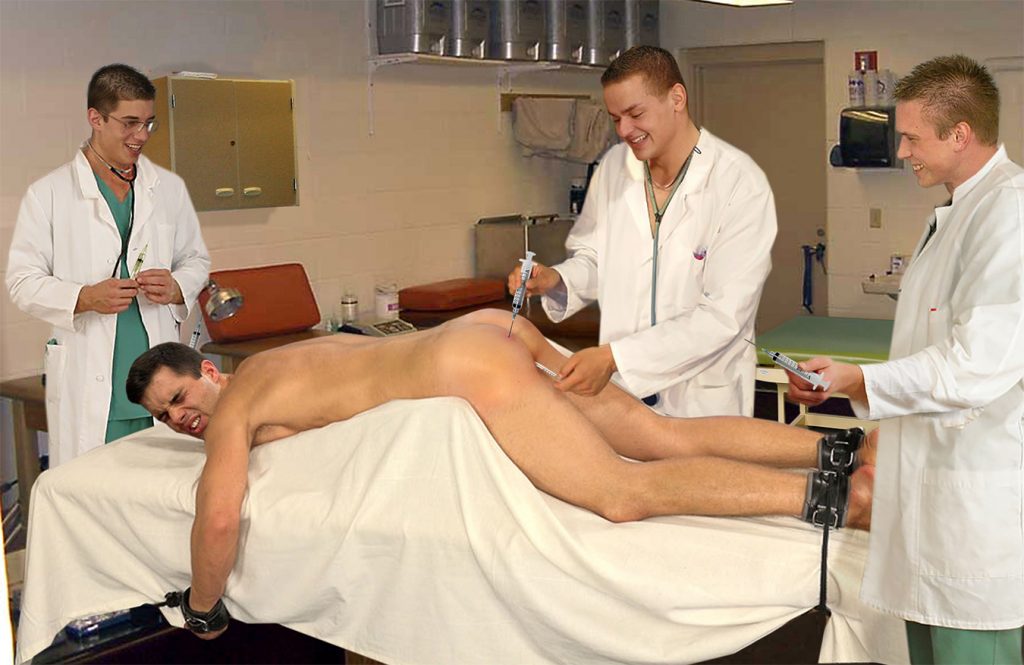 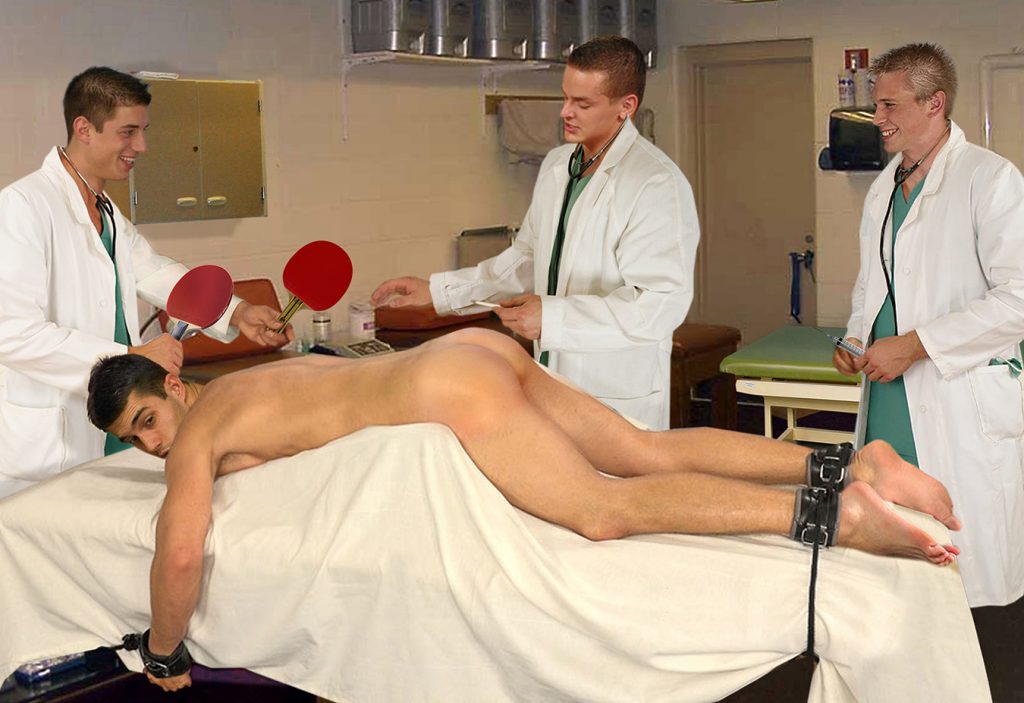 In
order to “warm” Dino up, two of the JockPunishers proceeded to
spank his bottom with ping-pong bats, until his butt cheeks were red
and sore. 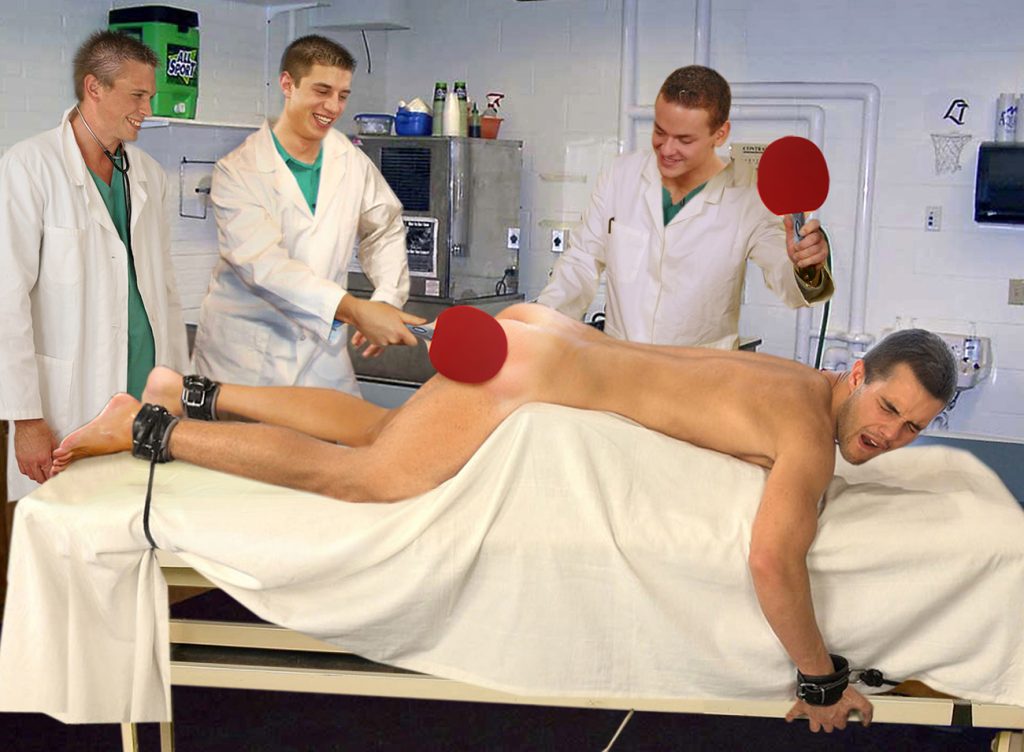 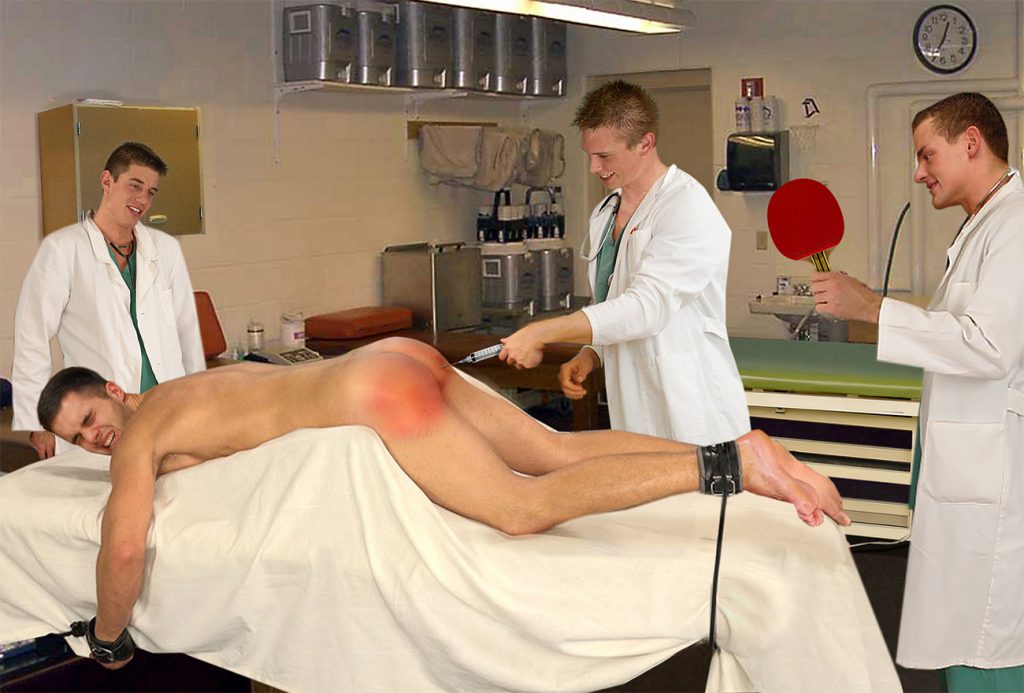 Unluky
Dino Certainly got the point that night, he would think twice before
selling drugs to the college students again. 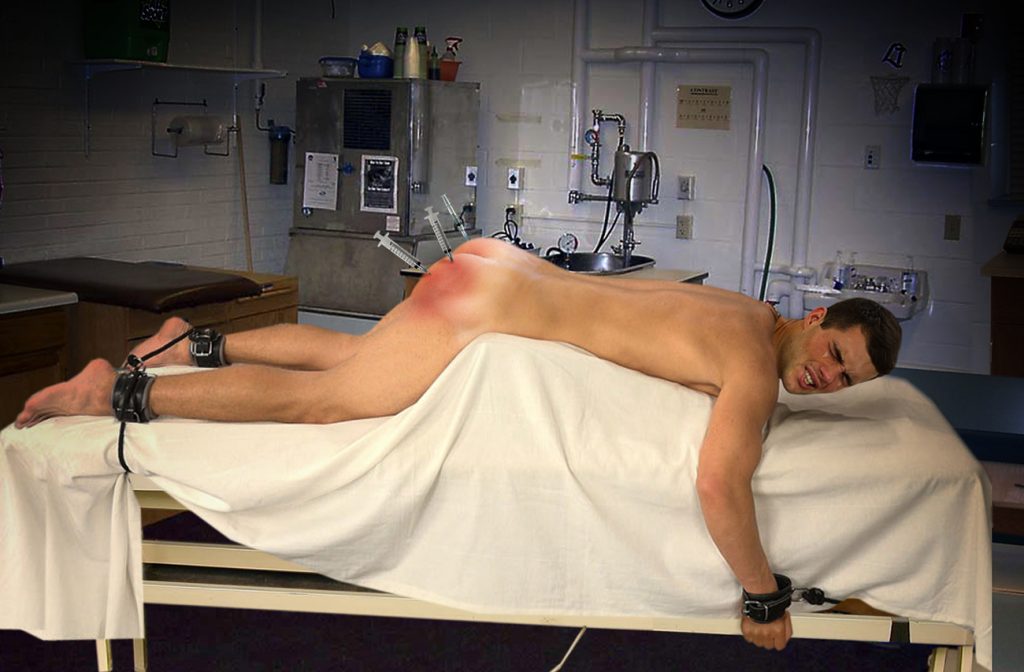 This
was another job well done by the JockPunishers