Jordan’s brain was still in a state of stunned shock the following morning. After the ranger had driven him home and he had endured an hour long lecture from his father on his various misdemeanours, followed by a long hot shower to wash away the dirt, grime and stress from his 72 hours in the wilderness, he has fallen into an exhausted sleep. However, it had been a fitful sleep full of scary nightmares of angry insects, huge carrots and doctors, with syringes the size of AK47 rifles, chasing him trough a forest variously booby-trapped with nettle patches and electric fences, all of which contrived to sting and zap his bottom.

And all the time as he ran through the dark forest he could hear the sound of the Ranger’s laughter echoing through the trees.

In his dream Jordan tripped and fell backwards into a thorn bush, landing heavily on his backside amongst the prickly thorns. As he struggled to free himself from the thorns, the ranger’s voice began echoing in his head “Time for your shots Sport” it said “It’s time for your shots!”

Then a large brawny hand was on his shoulder shaking him firmly as the voice above boomed “Wake up Sport, you’re making weird noises, were you dreaming?”

Jordan opened his eyes, and found he was in fact not in a thorn bush, but in his bed, and Ranger Tartarus was leaning over him with a huge grin on his face. In place of the uniform he had been wearing the previous day, the ranger was now dressed as if for a work out, in a muscle vest, which exposed his powerful arms and shoulders, and a small tight pair of shorts. 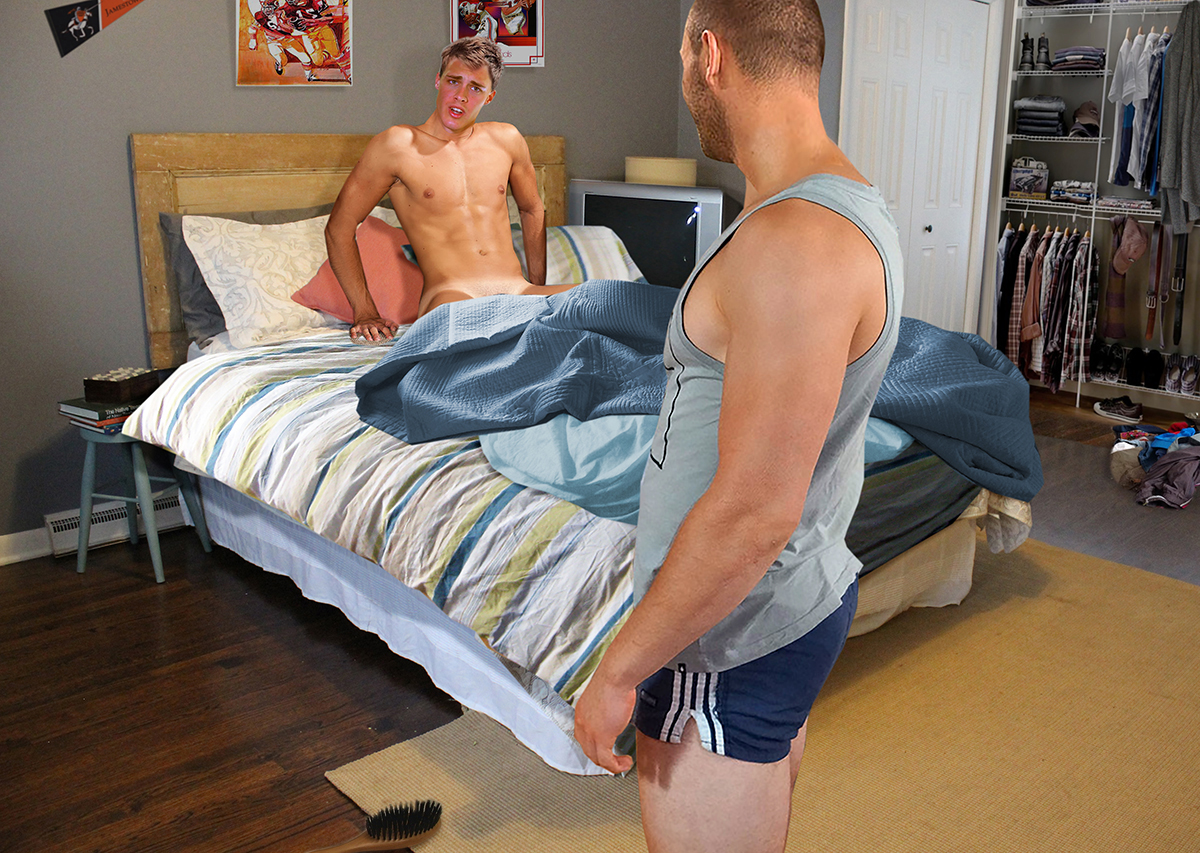 “I’m moving in Sport!” grinned the Ranger “Your Dad had to leave early this morning, he has had to go to Seattle for a couple of weeks on business, at short notice. So he’s asked me to move in and supervise you while he’s away!” his grin broadened “I am in the spare room, right next door to you!!”

The ranger raised one eyebrow “With your misbehaviour this week, you have proved you need full time supervision Sport!” he said, “an’ I’m going to see you get it! I am owed a lot of vacation time, and I’m going to use it to look after you, it will be lots of fun, just think of me as your new Babysitter!!”

The suggestion that, he, a 19 year old jock, needed a babysitter outraged Jordan almost more than anything else, but before he could say anything, Tartarus pointed to the door “first up, its time for your morning shower, you know what they say ‘a clean body equals a clean mind!”

“I showered last night!” grumbled Jordan, irritated at being ordered around like a little kid.

“Well you need another one!” commanded the Ranger “’specially after those sweaty nightmares you were having!”

Jordan frowned wondering how the ranger knew he had nightmares “Well pass me my bathrobe then!” he muttered, pointing to the robe hanging on the back of the door.

“You don’t need no robe Sport!” laughed Tartarus “Remember what the Doc said about keeping that ‘lil tail ‘o yours exposed!” he grinned broadly “’sides” he said “I seen it all before!!”

Jordan had no option, he jumped out of bed, keeping his hands gripped tightly over he genitals and hurried across the room to get to the shower. 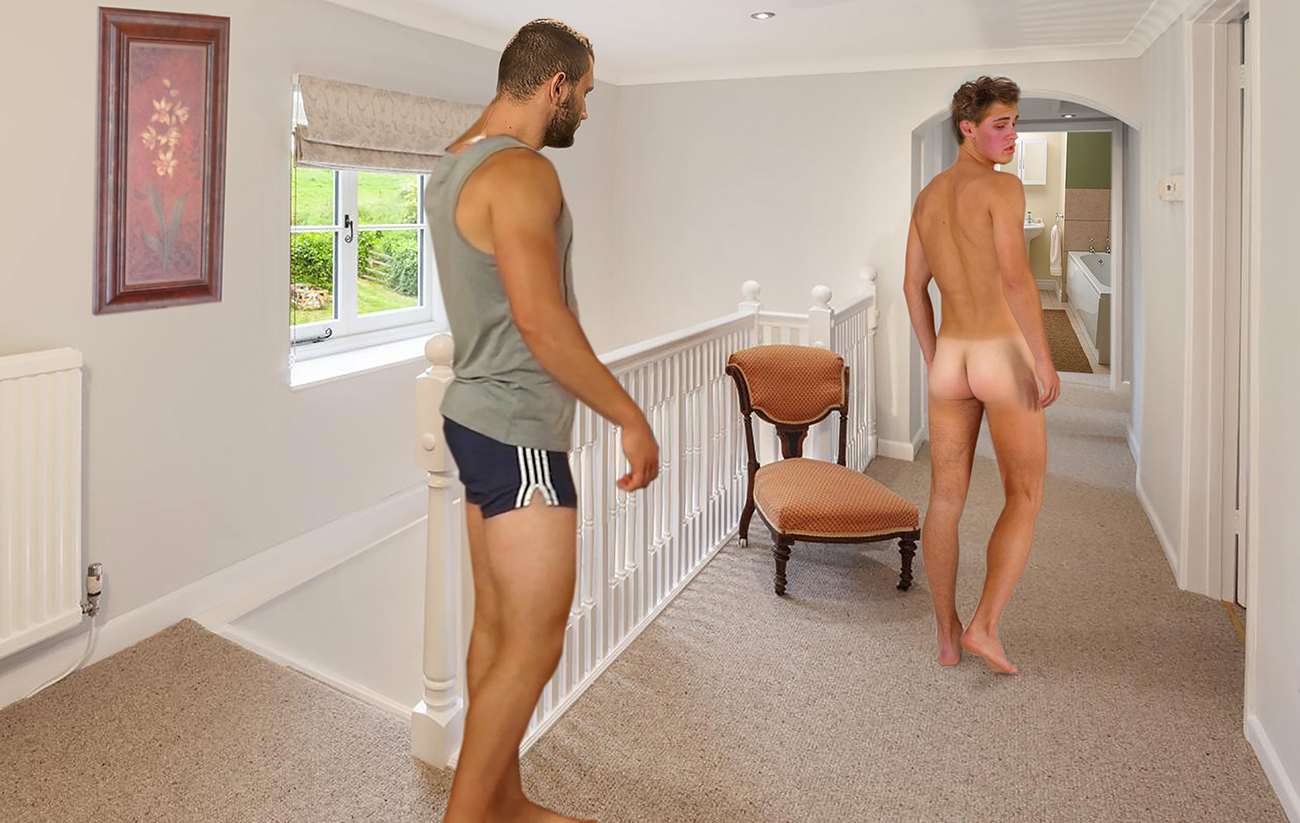 As he walked across the landing he was keenly aware that the ranger’s amused eyes were fixed on him. 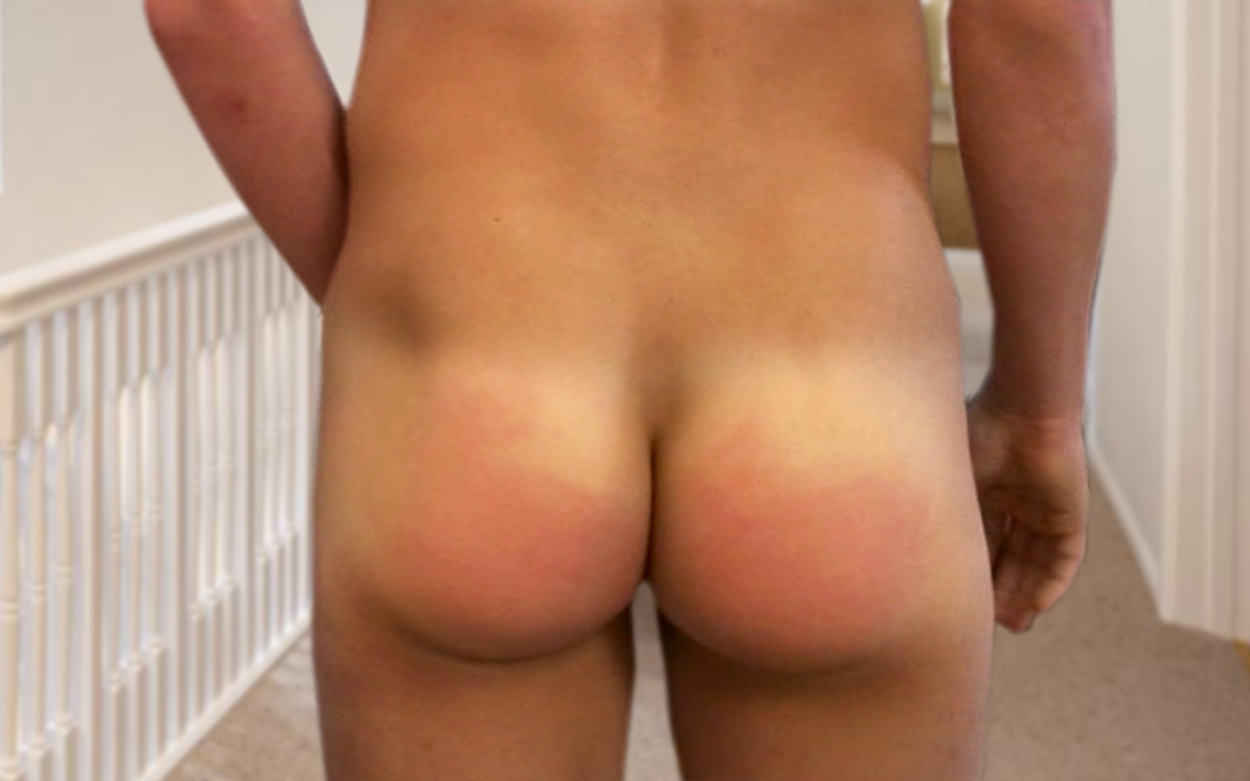 In particular, he knew the ranger was looking at his bare butt.