A mocking voice rang out in the prison shower room “Hey Blondie! You dropped the soap!”

Chase turned round to see three grinning faces all looking at him with malicious sneers, the tallest of the three naked men pointed to a bar of soap, which Chase suspected had been deliberately placed on the floor. He knew for certain he had not dropped it, as the bar he had used was on the edge of the sink next to the showers.

“Aren’t ya’ gonna’ pick it up then Blondie?” continued the tall convict.

Even though it wasn’t his soap, for a moment Chase wondered if the best way to avoid trouble might have been to just pick up the soap, however, from the expressions on the men’s faces he guessed that was just what his tormentors wanted him to do. He had heard tell that it was dangerous to bend over to pick up the soap in prison showers and decided not to take the risk.

“It ain’t my soap!” he replied in as casual manner as he could muster “I didn’t drop it!”

“So you’re not gonna’ pick it up?” sneered a second convict. 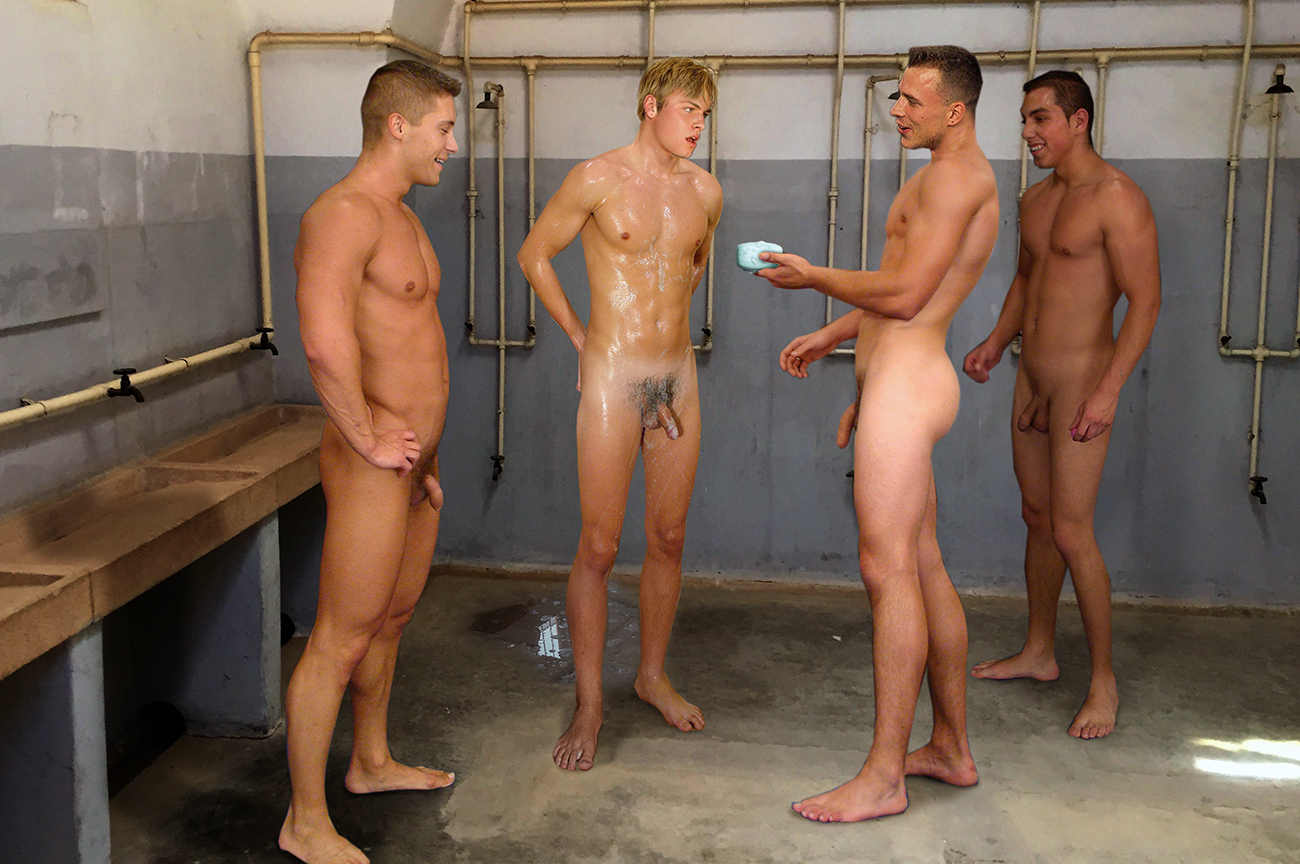 The tall convict sauntered over to where the bar of soap was lying, he picked it up and held it towards Chase “See, I picked it up for you Blondie!” he grinned “You are an untidy little blondie brat aren’t you!” his grin broadened “Are you gonna’ put it away now?!”

“I told you Buddy, it ain’t my soap!” snapped Chase beginning to get irritated by whatever silly game the other guys were playing

“Shall we tell his three new Daddies?” laughed a second convict “I expect they will spank his cute little blond butt all night again, if we tell them!”

“Screw you!” growled Chase, angered by the reference to his cellmates earlier attack on him.

“Oh my! What a rude little brat Blondie is!” cried the tall convict in mock surprise “I suppose we’ll just have to put this here soapy bar away for him, won’t we guys?”

“Yeah we’ll just have to put it way!” agreed the second con with a snigger

Before Chase could react to what was happening, the two men closest to him had lunged at him, grabbed hold of him, and proceeded to wrestle him to the floor!”

“Let go of me you fucks!” he shouted attempting to fight them off