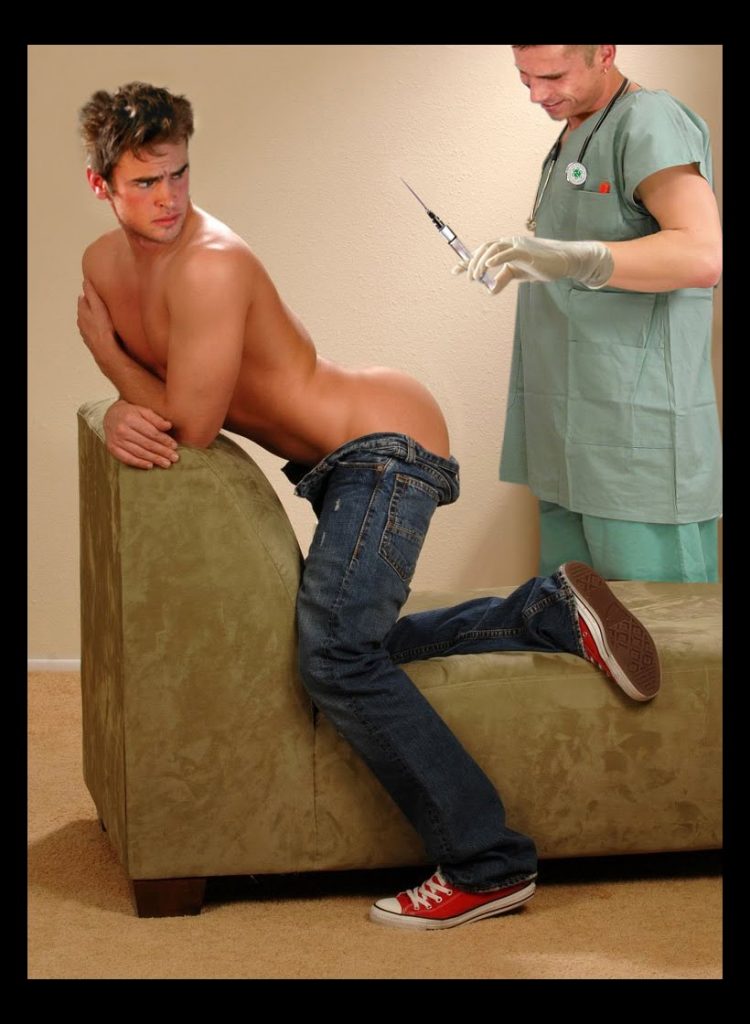 Thanks to everyone who voted in the poll asking whether visitors wanted to see posts featuring men being punished by women.  133 people voted, and although most of you either voted in favour or said you didn’t mind as long as the guys were being punished, the largest single group, 36% of those who voted said “NO”.
Therefore, in future if I do post F/M pictures, I will post them to a different site, rather as JockSpank do with JockSpank2, and with a link posted here, so that those who wish to see them can and those who do not wish to don’t have to.
I hope that compromise will suit everyone.
I have set up a poll in the right hand column asking visitors to vote whether or not Sore Bottom Guys should occasionally post images of handsome guys being punished by fully clothed women.  PLease let us know your views. 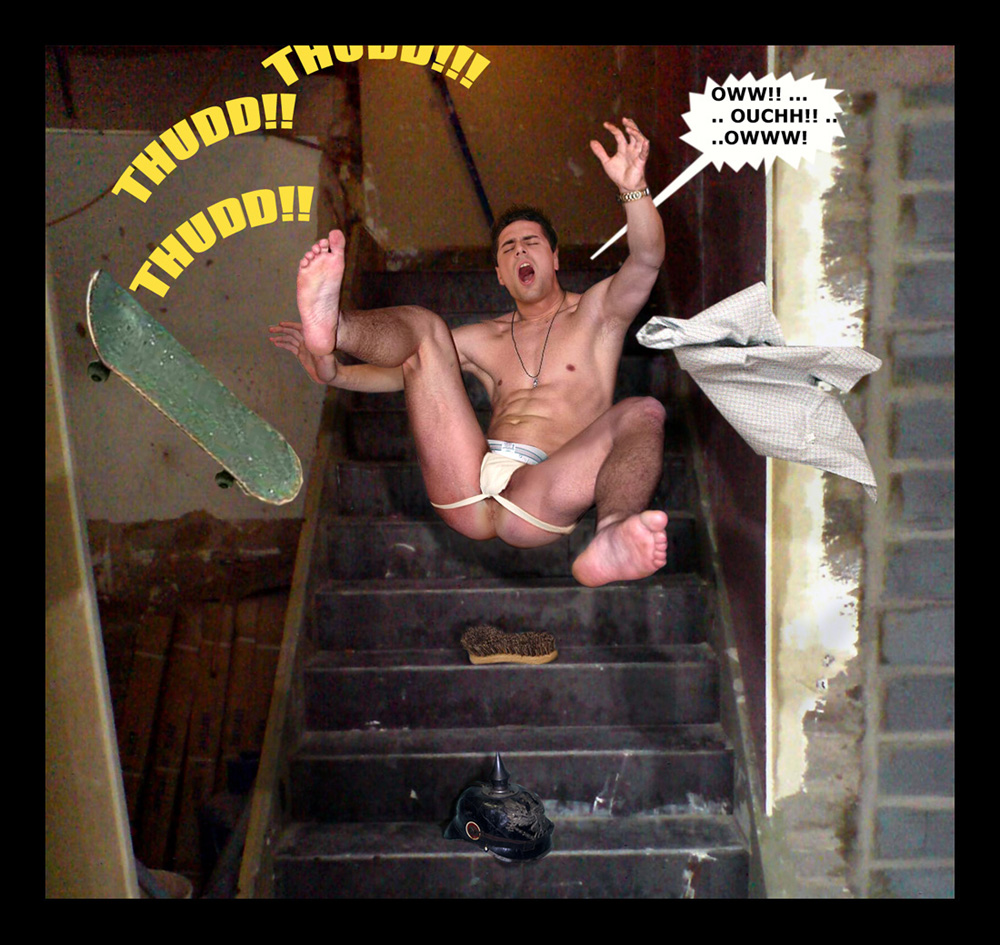 This scenario was suggested by R from the UK, a visitor to Sore Bottomed Guys.

Aaron Carmichael learnt his lesson for bullying his little brother Tim the night he snuck down to the cellar where he kept his secret stash of pot. Too late he discovered that Tim had set a trap for him.

“OWW! … OUCH….OWW!” yelled Aaron as he he bounced heavily down the steps on his bruised bare butt, little knowing that Tim had left some special treats for him on the lower steps.