Cody Custer made a huge mistake when he tried to rob the local gay tanning salon. Two members of staff were working late and they soon caught and overpowered the would be burglar.

“You are in big trouble Dumbo” snarled Dwight Ready, “we are gonna’ really tan your butt.”

“But first” laughed Clyde Luster “…we are goona’ tan your butt!!”

With that the two men grabbed Cody, pulled down his pants and bundled him face down onto one of the sun beds. 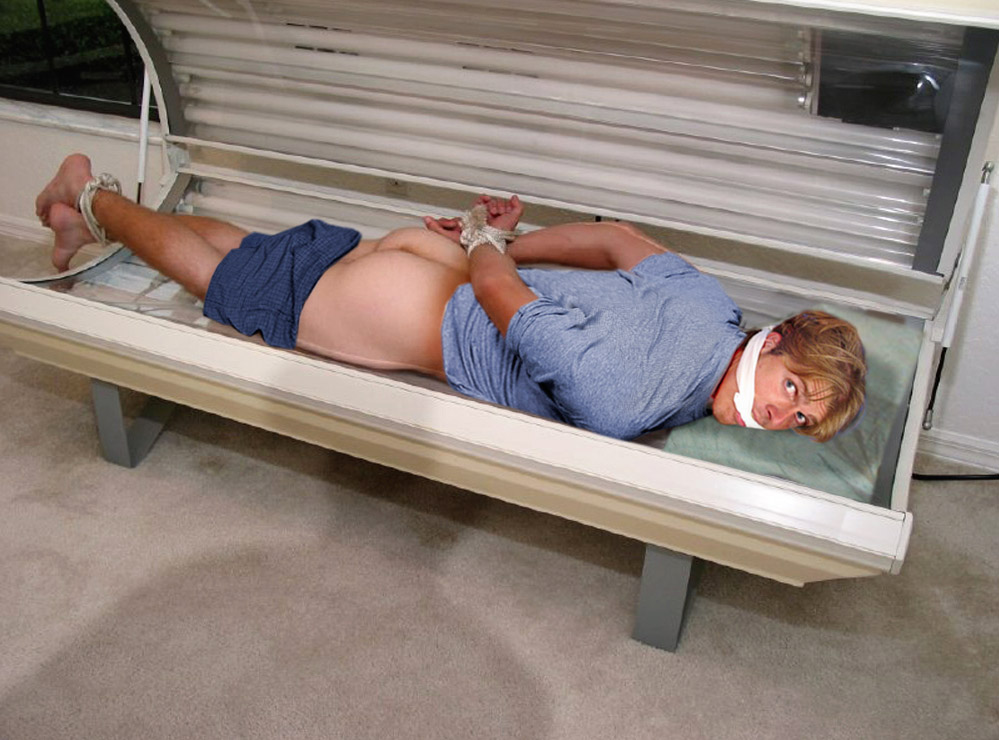 Cody was not the sharpest tool in the the box, so it took a few moments for the meaning of Clyde’s words to sink in, However, when they did he began to struggle in a desperate but vain attempt to escape from his predicament. 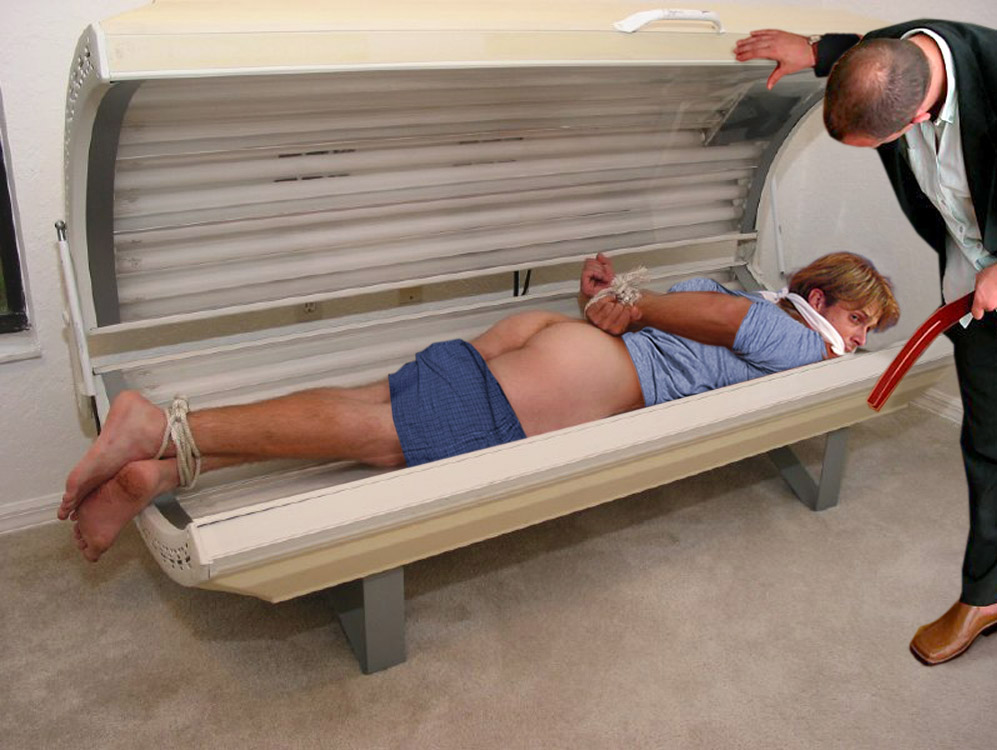 After twenty minutes of tanning your butt will really feel this tawse, chuckled Dwight.
In a state of panic, Cody realized there was no escape, he guessed that a spanking would really sting after a session on the tanning bed.

……. which was a fact he would soon find to be true, as one of his tormentors slammed down the lid and turned up the heat.

3 Replies to “The Tanning Salon”